What Are The Best Places To Live In Enfield 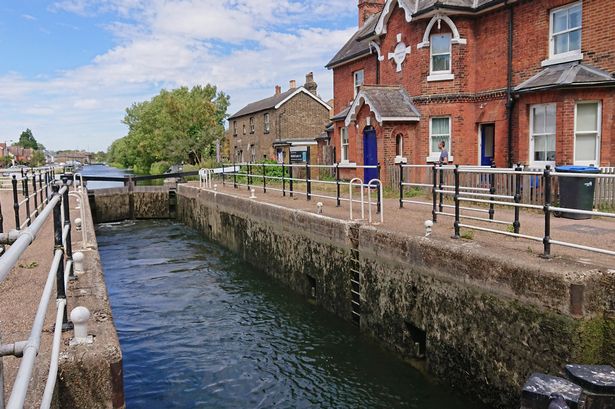 24 Dec What Are The Best Places To Live In Enfield

Posted at 03:13h in Moving advice by admin 0 Comments
0 Likes

Just like other boroughs of London, Enfield is also just a borough. But we can’t use just a single word to describe this fantastic borough, and even a long guide will be insufficient to do the work.

Here you will get a precise and brief description of Enfield and what are the best places to live in the borough. So without any delays, let’s start exploring this interesting city of Enfield.

The borough of Enfield is located in north London and is a historical town, which means that it is not new and has its roots long back in history. This is the most northerly of all London boroughs so you will be having great exposure to the natural environment of London.

Although it is old that doesn’t mean it lacks modern facilities and with regeneration projects and development programs, it is attracting a large portion of the population.

The new development programs are turning this city into a new leisure complex, but with that, it is also retaining its natural beauty and greenery. So, in a nutshell, we can say that this borough is a perfect combination of history and new times, greenery and modern leisure complex.

The transportation links from Enfield are very much strong and fast connecting with rest of the London and Europe. Settlers can take benefit from the nearest Liverpool Street via the overground at Enfield Town Station that is just 30 minutes away.

Another quick and speedy journey is from King’s Cross St. Pancras or Leicester Square via the Piccadilly Line. For driving, residents can take routes such as the M25 and North Circular are close by for journeys around and outside of the capital.

So it is very close to nearby boroughs, and with the fast transport links, it takes just a few minutes to go to any part of London.

When it comes to living at a place the equal importance is of the places where one can go to relax, celebrate, and for entertainment. For the same Enfield have tons of places and options which are worth considering.

If you want to go out for a dinner then a culturally diverse mix of residents in the borough means that there is a wide range of food outlets and restaurants. These include pocket–friendly food outlets to sophisticated and expensive restaurants.

Even you can have here from national chains like Pizza Express to family pubs such as pretty Crown and on Horseshoe Lane, Horseshoe restaurant.

And if you are craving Greek food then Palmers Green is what you need. This area is home to the largest Greek – Cypriots outside of Cyprus and that is why are a hotspot for the excellent Greek and Turkish Cypriot restaurants and cafes.

This place is also known as Palmer’s Greek because of the Greek population living here, so don’t get confused about that. One of the most loved Greek spots is Nissi on Aldermans Hill which is beloved because of the combination of traditional dishes and friendly services.

And we can say that because of these food spots and restaurants there is no wonder that this borough has a happiness score higher than the London average.

At the heart of the borough, we have the Palace Exchange Shopping Centre which is a popular retail center for residents, especially for the huge numbers of students living in the Enfield campus of the University of Middlesex.

Here you will have a range of retail and food outlets which suits all basic shopping requirements and needs such as Argos, Boots, Office and M&S.

If you want a slightly more high–end experience and a selection of exclusive brands then Pearsons Department store has upmarket ladies wear from the likes of Dune, Hobbs, and Barbour with other such exclusive stores.

If you are going to settle here and want to buy new furnishers then look nowhere and a great Ikea store that is situated in Edmonton will be your one-stop destination for every kind of furnishing.

When there is so much for dining, shopping then how food shopping lags behind. So there is no shortage of supermarkets in the borough and having branches of major chains like Asda, Waitrose, and Sainsbury’s it offers a lot in food shopping.

For shopping lovers, Enfield also has some of the best, and unique shops where they can buy traditional to modern art pieces and whatever they want.

And for entertainment too it has many stops including the Chicken Shed Theatre situated in Cockfosters. This theatre boasts of a packed schedule loaded with a range of musical theatre, singing, and dancing.

On the other hand, Millfield Arts Centre is the first choice for live music concerts and performances. Another Grade 1 listed building is a manor house known as Forty Hall which holds a number of workshops and garden events pleasing the families and young kids.

Talking about the surroundings and the neighbourhood, rest assured this place is counted among the safest place in London with very low crime rates. Also, there are proper arrangements for schools and colleges and your kids will be in safe hands.

As mentioned above this borough has almost two–thirds of greenery in respect to its total area, and this includes fields, farms, and parklands. So you can own your farmhouses and live right in the middle of nature.

Or you can refresh yourself inside out by just sitting in the parklands where you can relax after a long tiring day. You can also take your pets in these parklands so they can also play in open.

Now turning to the best areas to live in Enfield, Winchmore Hill, Grange Park, Southgate, and Oakwood are some of the safest places with affordable property.

And when it’s shifting to Enfield book now supreme man and van for your packing and moving. 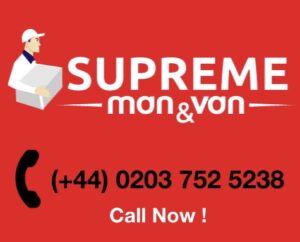