WHAT ARE THE BEST PLACES TO LIVE IN BIRMINGHAM? 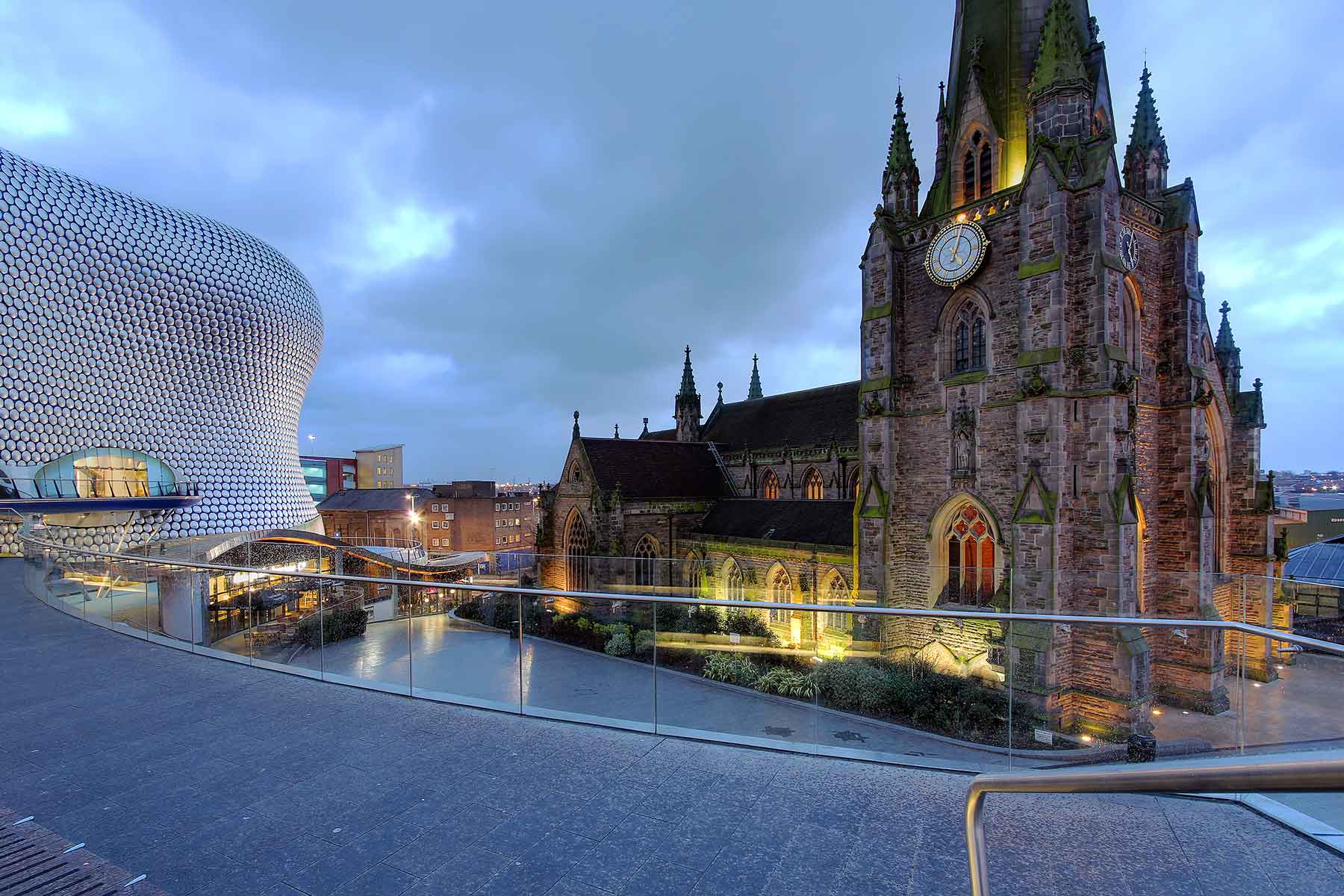 29 Oct WHAT ARE THE BEST PLACES TO LIVE IN BIRMINGHAM?

Posted at 05:23h in Travelling by admin 0 Comments
0 Likes

Are you ready to move to UK? If not, you can start planning your big move go smoother with the help of Man and Van Balham Company today!

You know there are several appealing places in UK that you can decide to move. If you prefer being surrounded by thriving greens or buzzing cafes and bars, there is always something to suit to everyone in every other city in UK.  One such place is Birmingham that has the most pleasant lifestyle and amusing culture that will appeal you the most in entire UK.

Birmingham is surpassed in terms of only size by London, since it celebrates rich cultural diversity, has a vibrant lifestyle and boasts numerous of lush greens suburbs which has certainly made it one of the most desirable places to live in the United Kingdom. The reason behind this city’s popularity comes as no surprise is its lively economy, affordable living and a quite friendly atmosphere which makes it the most sought after place in the UK. Birmingham is continuously growing and expanding its economy, which now would be the perfect time and opportunity for the movers who are seeking to move to UK or relocate across the region.

If you’re someone with the plan to move to Birmingham, it becomes crucial for you to determine the most desirable places within the city where you can finally settle in.

Let’s dive in to know in detail:

Brindleyplace, one of the most desirable places in Birmingham derives its popularity particularly among the young professionals. The reason is that the city is packed full of expensive eateries, buzzing bars, and most importantly the central location of the city is known to attract a host of young professionals who are in search of pursuing their careers outside of London city.

Brindleyplace has over past few years emerged as one of the best areas to move in and all the credit goes to its fastest growing economy. The area is also popular for its beautiful looking canals that carve through the streets of the Brindleyplace, providing a tranquil escape from the hassle of busy city life. Moving in to the central location of the area will be effective because it opens the window to the whole city and you’ll find everything within walking distance, which will save your travel cost meanwhile giving you a lot of work and enjoyment opportunities.

In Brindleyplace, the average cost of buying a property will cost you around £203,299. Albeit on paper this is truly less than the surrounding suburban areas, it’s important to note that most of the properties you will find will be modern flats as compared to houses in the suburbs.

Digbeith is located in the centre of the Birmingham city and is considered to be fastest growing up locations. The reason behind its popularity is because Digbeith has transformed itself from being a slumberous industrial area to now becoming the coming trendy inner city hub for the residents and tourists. Living here will make you feel as if you have never been far from the bustling and dazzling lifestyle of city action.

The location of Digbeith is such that you will find the Bull Ring shopping centre and the New Street Station only a few minutes away at a walking distance. The place is home to some of the most attractive independent shops, huge art galleries, and live music stops, with several great places that offer to eat, drink, and chill.

Over past few years, the area has defined itself to known as the Birmingham’s most creative region among all and one of the reasons behind its growth is reflected in its relentless development which is also the result why we see new building and apartment’s appearing every month.

In Digbeith, you can expect to pay a current average of £194,735 for buying a property in this area. Not to mention, the average cost here is significantly cheaper than the price of property in Birmingham. Most of the properties in the area you’ll find are apartments and flats which becomes best location to rent out by the young professionals.

There has been increase in the level of investment being done in Erdington, which is no surprise why it is emerging as among the top trendy locations in the UK. The area is located just a seven minute drive away from the central Birmingham and only 15 minute by train or bus journey. With frequent transport services available and good transportation link, it is a good choice for commuters.

Erdington though cheaper yet has home to bustling high street city life and more than 250 local businesses are residing which makes it clear why the areas is gaining increased popularity. For residents or renters, the area serve a host of different kinds of property available that ensures that area has something for everyone to call their home.

Buying a property here in Erdington, you expect to pay an average price of £161,360 which seems quite a affordable option when you see combine the value it adds with its amazing location, well-established transport links and increased investment.

Edgbaston is considered as one of the wealthiest areas of Birmingham which has a lot to offer to its residents. This place is located at a just 10 minute drive away from the busy city centre and boasts fantastic lush green streets, peaceful gardens, and several Georgian architecture, to amuse.

All these factors combined make it hard to believe that the Birmingham’s city centre is just a couple of miles away. If you are someone who loves to enjoy summer sporting events, then this should be your right choice. Edgbaston is known best for its sporting heritage and is home to several sporting venues which include some popular name such as Edgbaston Priory Club established in 1875 and the Edgbaston Cricket Ground.

The area is also home to a range of famous restaurants, pubs, and cafes and is considered as among the most expensive areas of the Birmingham where the average cost of properties amounts to almost £321,725.

While indeed it is significantly more in number than the average cost of £205,055 in the city, yet you’re paying for some of the exclusive amenities, suitable commuter location and really good properties.

Harborne is a charming suburban village in Birmingham which is a very popular area in the city. The reason behind its popularity is that this place offers the residents and commuters a welcome break from the bustling fast-placed city lifestyle as offered in city centre in Birmingham.

Harborne is locally known as ‘the village’ and has very lively high streets which is a great place to socialize and pay visit to some of the local independent eateries and their delicacies.

The centre of the area has several venues and leisure places such as the clock tower which hosts luxury living, cafes and restaurants. It is also home to various sports and leisure clubs making the place interesting overall that commuters will surely find the area appealing.

There is good transportation links between Harborne and Birmingham and by bus ride, it only takes 19-minutes to reach the centre. The place is also one among expensive areas in Birmingham as the average property price sits at £357,657.

Overall, taking into account the village feel of the area, with the maintenance of required amenities, combination of scenery, services, location, it is no surprising why it’s little pricey.

Holloway Head is currently known to be receiving highest level of investment across the Birmingham city, and thus the area has unsurprisingly emerged as fastest up and coming location within the city.

The area is currently seeing a lot of developments as planned for the region, that particularly aim to improve the housing and services. Holloway Head currently houses the most expensively sold apartment in the city of £1.8 million. Looking at the growing pace, the investment in this area is set to target more than £1 million to regenerate it for the higher end market. So, it is pertinent that if you are looking to move to an economically growing area, Holloway Head should be your ideal choice.

Kings Heath, one of the fastest growing and upcoming areas of Birmingham has increasingly become a great place to invest. The high street of the area boasts the best shops, great restaurants, and lively bars in which the renowned Hare and Hound pub is popular for its live music scene which makes it jewel in the crown. There are a lot of famous musicians who have played here including the famous Ed Sheeran.

Besides, there is a lot to offer to families as of its lush green spaces, 2 parks: Kings Heath Park and Victorian Tea room which make it an ideal location to move in with the family. It offers the taste of city life without the hassle lifestyle that usually caught one with being in the centre.

You can expect to pay an average price of £247,551, if you are planning to move to Kings Health and get to enjoy along at this average price a great alternative to the expensive areas of Birmingham.

Moseley is neighbor to Kings Health in location and it is known equally fashionable that’s why it is popular among families and young professionals. The area boasts a number of eateries and vintage shops and to note the place was voted as the best area in the UK in 2015 by the Sunday Time’s. It is quite famous for its excellent sense of community spirit.

Moseley is well-connected to the rest of Birmingham with its good transportation links and is indeed great option for regular commuters, particularly the young professionals who has to travel because of work. The average drive from Moseley to Birmingham takes around just 10-20mins to take you to the centre of the city.

If you are interested in moving to Moseley, Supreme Man and Van Brixton is everything you need to complete your big move in a safer and secure way. So, if you are eyeing on any of the options, we are here to serve you the best of our services and make this experience memorable for you.

But before moving, you should know that the property in this area will cost you an average of £269,131. Though the price seems little expensive in comparison to other options, it surely explains the added amenities and benefits that will come with moving to Moseley.

Supreme Man and Vans is a professional moving company that provides all the moving and relocation services throughout the UK. So, did you decide yet on your final destination to move to Birmingham? Well, don’t waste any further and contact our company Man and Van Hackney to book yourself our professional man and van service and get on with your perfect move.

BEST PLACES TO LIVE IN BIRMINGHAM