Moving from the UK to the Basque Country Suprememanvan Guide 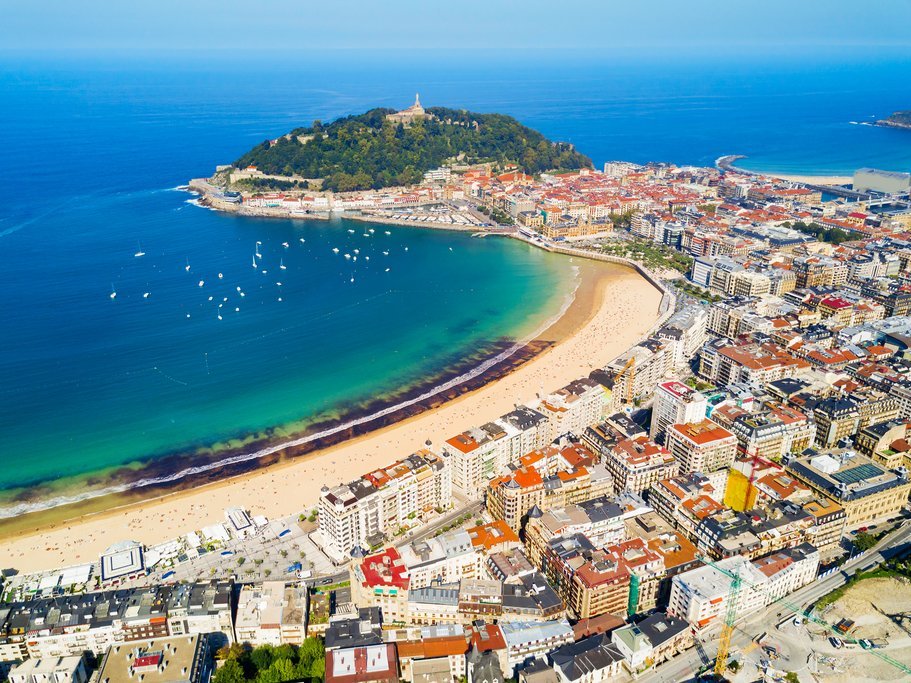 Posted at 03:47h in Moving advice by admin 0 Comments
0 Likes

The Basque country, one of the most significant one amongst the 17 autonomous regions of Spain, has indeed one with the highest life standards in the entire Spain. Undoubtedly, the Basque country is the most attractive and preferable place where expats choose to love. The region is beautifully surrounded by vast mountains, landscapes, coves and plains which just feel like heaven in paradise to expatriates. The population or crowd there is cosmopolitan, and the entire region is famous for its highest per capita income in all Spain. The Basque country is rich in both cultural history and cuisines and it is truly among the best places in the world where anyone can live.

If you are also moving to the Basque Country, trust man and van Bromley, this is going to be super exciting for you. However, before relocating to a wholly different place, you need to be aware of the cost of living, area suitability, education and healthcare facilities, and a lot of other things before you finally move to Basque. In this article, we have gathered all the relevant information that you need to know before moving from the United Kingdom to the Basque Country.

The Basque country is rich with high life standards, cultural diversity, hospitable local people, plenty of fiestas throughout the whole year, and one of the finest gastronomy in the world. So, it is not incorrect to conclude that wherever expats choose to live in the region, they are definitely going to benefit from living there.

Amongst the places in the Basque Country, the best place to live or move out is Bilbao and Donostia-San Sebastian. Where Bilbao is an industrial port city which is quite popular for the mix of architecture it offers and when making comparison to other business and cultural centres, living there is affordable. For instance, renting a one-bedroom apartment in the city centre would cost you around €700. The 0.500 cerveza (beer) costs €3 on average and a 3-course meal – €10.  The Bilbao city welcomes both the new and the old. This city is famous for the curvy, titanium-clad Guggenheim Museum (designed by the Canadian-born American architect Frank Gehry) which has rejuvenated the city, when it opened in 1997.

The next best place to live in the Basque country is Donostia-San Sebastián. The city is located on the Cantrabrian Sea, surrounded by the Igeldo, Urgull and Ulía mountains. Donostia city is the administrative capital of the Gipuzkoa region which is 30km away from the French border (and around 5 and a half hours from Paris by train).   Now, comparing the two cities Bilbao and Donostia, the later is the perfect example of innovation and sustainability. The Donostia city is represented by the symbol of beaches of Ondarreta and La Concha, the Island of Santa Clara located in the middle of the bay.   For those who are fans of surfing, La Zurriola beach is best for you. The La Zurriola beach is located close to the Kursaal Congress Centre (designed by Rafael Moneo) and it welcomes surfers from all around the globe every year.  High tourism season in the region begins around June and continues until the end of September. Moreover, people who chose to live in the Basque country or tourists can enjoy the popular International Film Festival (Nazioarteko Zinemaldia), held in the month of September there. One also gets to enjoy the Jazz Festival (Jazzaldia) and the Musical Fortnight (Musika Hamabostaldia), in summer, and the Horror and Fantasy Film Festival, in autumn.  It is for more obvious reason why Donostia was shortlisted as the European Capital of Culture in 2016.

How to become a Basque resident

The Basque country is one of the significant parts of Spain and is also a European Economic area which signifies that all EU regulations are applicable to citizens coming from the other European countries. These EU regulations allow and facilitate all the EU citizens to start employment as employed or self-employed.

The only requirement for the non-EU citizens is to have a valid ID card or their passport for identity verification. However, despite the employment status of people whether they are employed, self-employed, or a student, they can live in the region, without having to be residents of Basque Country.

For that matter, keeping a residence card is a much preferable option as it is useful for all kinds of administrative purposes (opening of a bank account, rental contracts, and so on). What is more that every EU citizen has to obtain a NIE (Número de Identidad Extranjero or Foreign Identification Number.

The regulations applicable to the non-EU citizen, certainly in comparison to EU citizens are the opposite. For all non-EU nationals, they are necessarily required to apply for a visa to be able to live in the Basque country.  On the contrary, non-EU professionals such as engineers, researchers, scientists who have been contracted by the government, private organizations, universities, have to apply for work permit and residence before they start executing their contractual obligations with the relevant institution in the Basque country.

Working in the Basque Country

Specifically talking about what it would be like to work after you move to the Basque Country, it is to note that living in the Basque region you will get to work less hours and earn more money there. With the highest gross salaries and shortest working hours in comparison to the rest of Spain, it is actually a true fact for the working living condition in the Basque Country. The region is one of the richest one with 25% of its GDP based on its advanced tool manufacturing, machine, automotive, aeronautics, and engineering. As per the 2018 statistics, the average net income per household in Basque region was 61% and it exceeded the GDP in the rest of the countries in the Eurozone.

What is more, the main economic pillars of the region are also trade, construction and agriculture.   Additionally, the tourism sector plays an important role in the success of the Basque and makes it even more attractive for expats.   As per the statistics in 2018, there were 144,357 active companies in the Basque Country the majority (78.81%) of which were in the services sector, followed by 13.28% in construction and 7.22% in industry.

Talking about unemployment, the 2019 statistics shows that in comparison to the 14.2% unemployment rate on a national level, the same was only 9.58% in the Basque country.  The most distinguishingly popular companies in the region are Mercedes, BBVA, Gamesa, Grupo Arteche, Michelin, CIE Automotive, Aernnova,  Euskaltel, and Iberdrola. The majority of these companies employ highly qualified and skilled professionals with having a good knowledge of Spanish are recommended.   Also, post-doctoral researchers are of highest demand in universities, scientific centres, and laboratories.  However, if one wishes to look for a job in the Basque country, they can search it on local portals, forums, job sites on the Internet or classified ads in local newspapers.

Transportation in the Basque Country

When talking about the travel condition in the Basque country, please be rest assured that you will get the most comfortable and safe travelling experience there. In the region, there are sufficient number of intercity bus routes and railways available at quite affordable prices. To commute in the region through various modes of transportation is always an easy and pleasant experience. Some of the transportation modes are discussed below:

Buses: Since commuters mostly prefer to avail public transport and rely on, there are two urban buses in the region, running every 6 or 30 minutes, depending on which part of the city or outside the city you wish to get to.  The two types of urban buses are City buses and intercity buses. What is more, the bus lines in the city offer transport cards as well and the bus tickets cost nearly half the price of the standard tickets. The city buses (Dbus) cards are called Mugi and you can find them at newsagents or at the city tourists information centres.

Railways: There are two railways running in the region, Euskoten and RENFE.   The Euskotren is the regional railway running in the city to link nearby cities in the Basque country. On the contrary, the RENFE is the only long-distance railway company in Spain in general. It offers transportation to the Spanish major cities as well as Paris.

Airports: There are several airports in the Basque country – the San Sebastián airport in Hondarribia, Loiu (in Bilbao), Biarritz, Noaim (Pamplona) and Vitoria. They offer domestic flights as well as connections to some of the biggest European cities.

Cycling: The local government in the Basque region has taken environmental preservation into consideration. Use of cycling as a mode of transport for living in some of the biggest cities of the Basque country such as Bilbao, Vitoria, and Donostia-San Sebastián is just a fine example of the same.   However, the best cycling infrastructure (lanes) is in Donostia. Moreover, the city offers the so-called DBizi which provides free access to bikes at pick-up and drop-off around the whole city.

Healthcare in the Basque country

Talking about the public healthcare system in the Basque country, it is among the best in the world. People tend to put their health as part of the quality of life; hence healthcare is of high priority. The central government in the Basque country manages all the healthcare institutions through the Basque public health service Osakidetza – Servicio Vasco de Salud. The healthcare institutions are a total 51 hospitals, 442 centres and more than twenty-four thousand healthcare professionals in number for healthcare services.  Apart from that, Osakidetza regularly invests in the latest technological advancements in order to ensure availability to all and support that guarantee the quality of that healthcare system.   If you’re not employed in the Basque country, you will not be able to apply for an Osakidetza card.   Europeans, for example, should obtain their European Health Card before leaving their country whereas non-Europeans – students or visitors must have medical insurance valid for the length of their stay.

Education in the Basque country

In the Basque country, schools are public, state-funded or private and there are different levels of the education system:

So, if you are a fan of warm weather and sunny beaches, then the Basque country may be what you have been looking for. Moving from the UK to the Basque country is not an easy task, and this is why we at Supreme man and van Fulham are always there to provide assistance to you. Moving to the Basque from the UK is a significant change, so if you are up for the challenge it is going to be an amazing experience for your lifetime.

Man and Van Clapham can make this international move or relocation process easier and smoother for you. Get in touch to know more here at suprememanvan.com For any suggestion or to book a Supreme Man and Van Croydon, please reach out to us and do not forget to make sure you read up on the living condition of the destination address before moving into your new home.

Moving from the UK to the Basque, supreme man van, suprememanvan